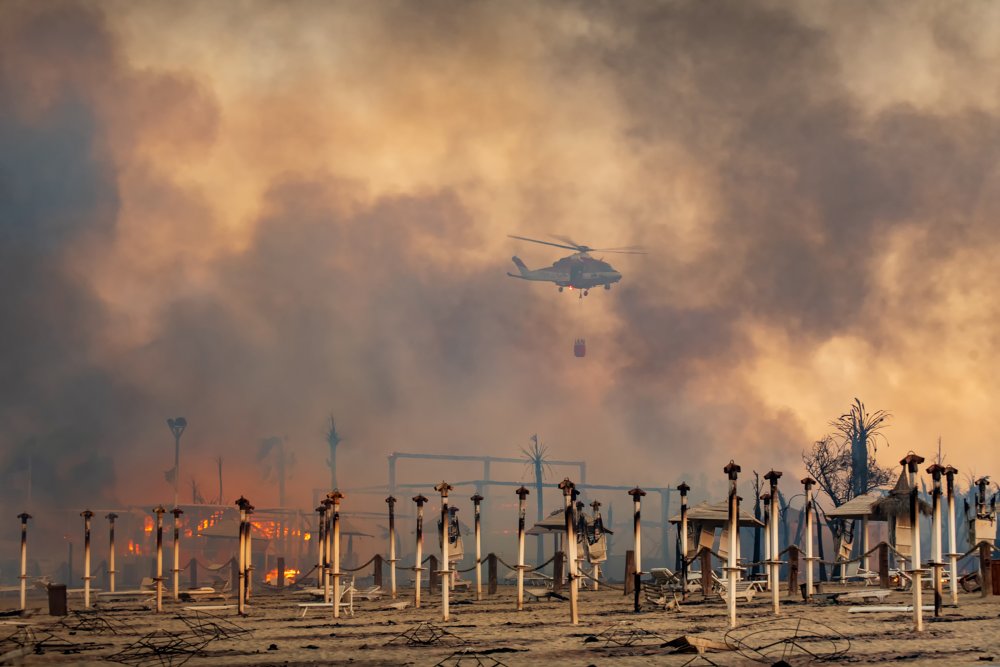 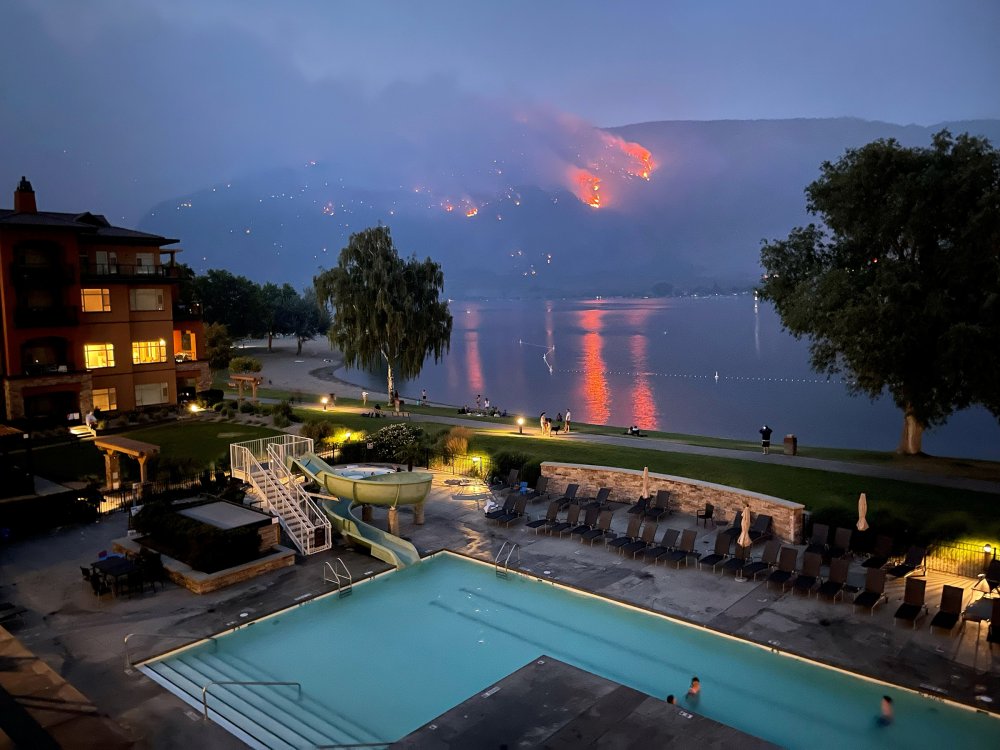 The World Has Been On Fire for the Past Month. Here’s What It Looks Like 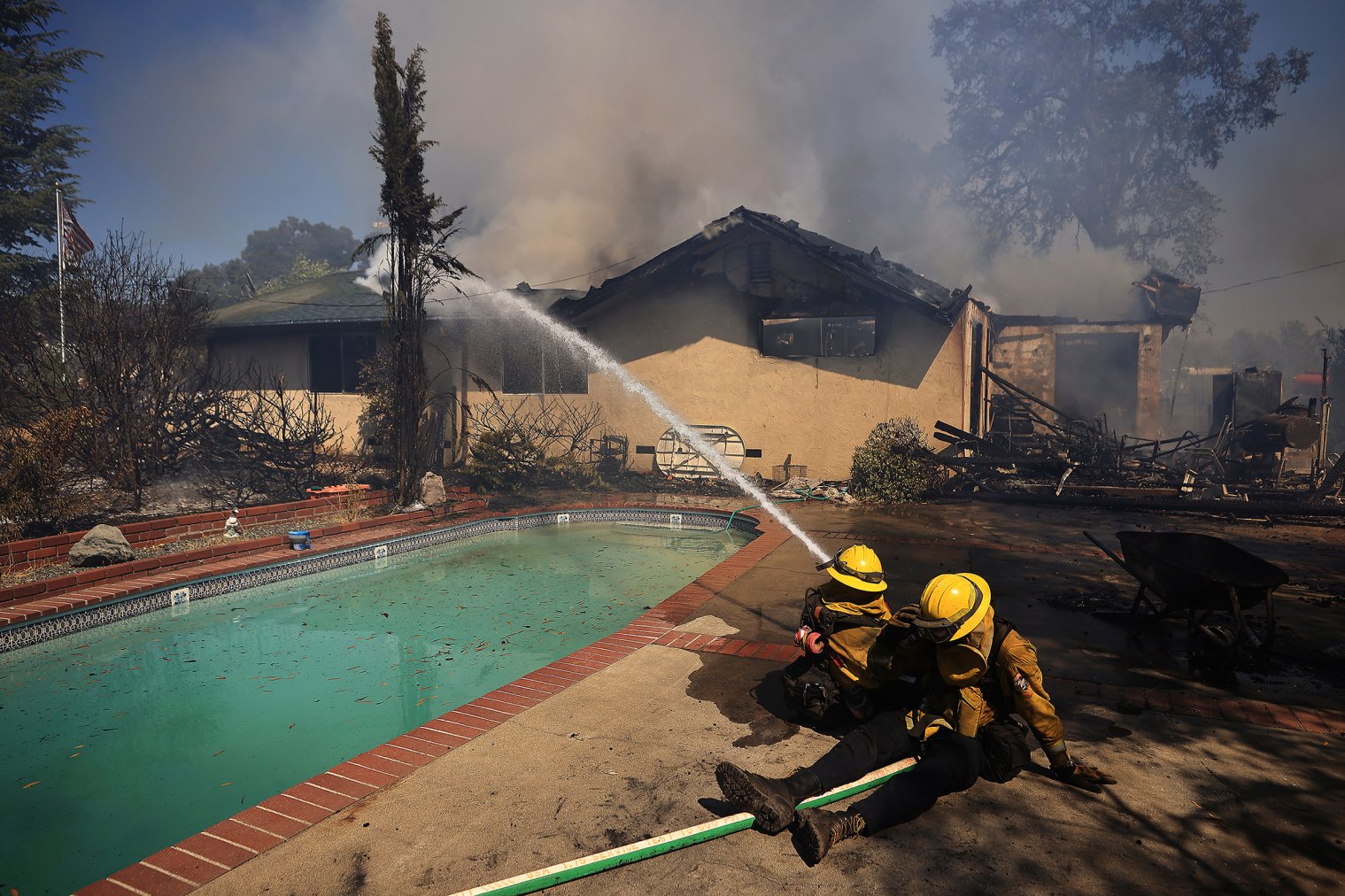 Flames light up hillsides in British Columbia. Smoke swells over highways into Athens. A swimming pool in California is surrounded by charred rubble. Thick forests in Siberia lie shriveled and brown.

Countries across the northern hemisphere this summer are experiencing the worst wildfires in years of recorded history, with large swaths of land and entire towns in Europe, North America and Russia consumed by flames since the start of July.

Though many of these countries are used to summer fire seasons, climate change is making the hot, dry conditions that allow fires to catch and spread more common and more intense.

In parts of the western U.S., a summer of intense heat waves has arrived on the back of a weak rainy season, as a two-year-long drought stretches on. In mid-July, fires broke out in parts of Oregon and California, together consuming more than 230,000 hectares, part of a nationwide toll of over 1 million hectares burned so far in wildfires this year. 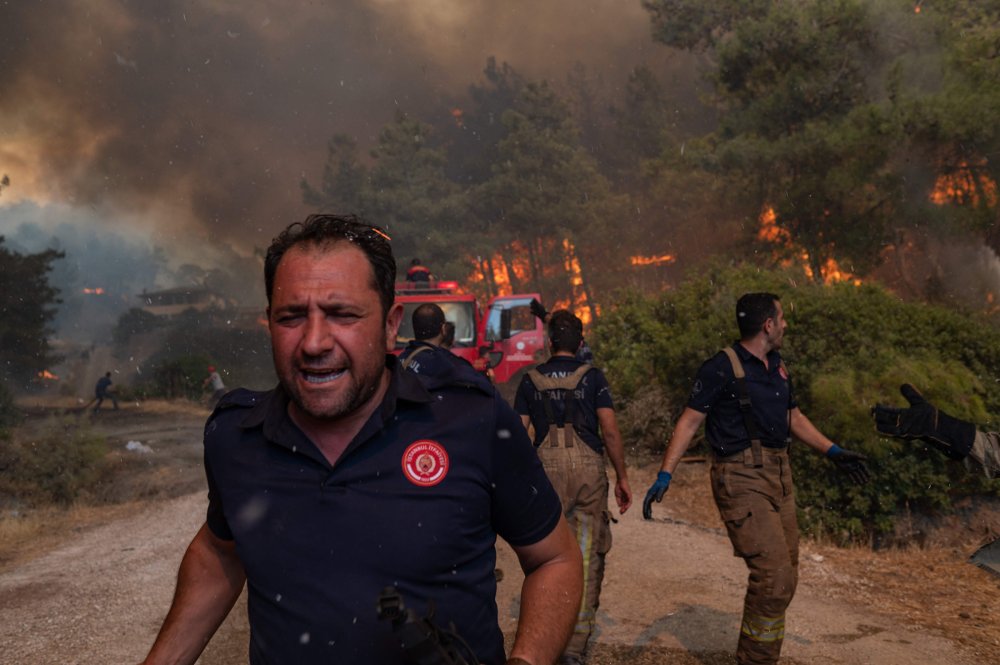 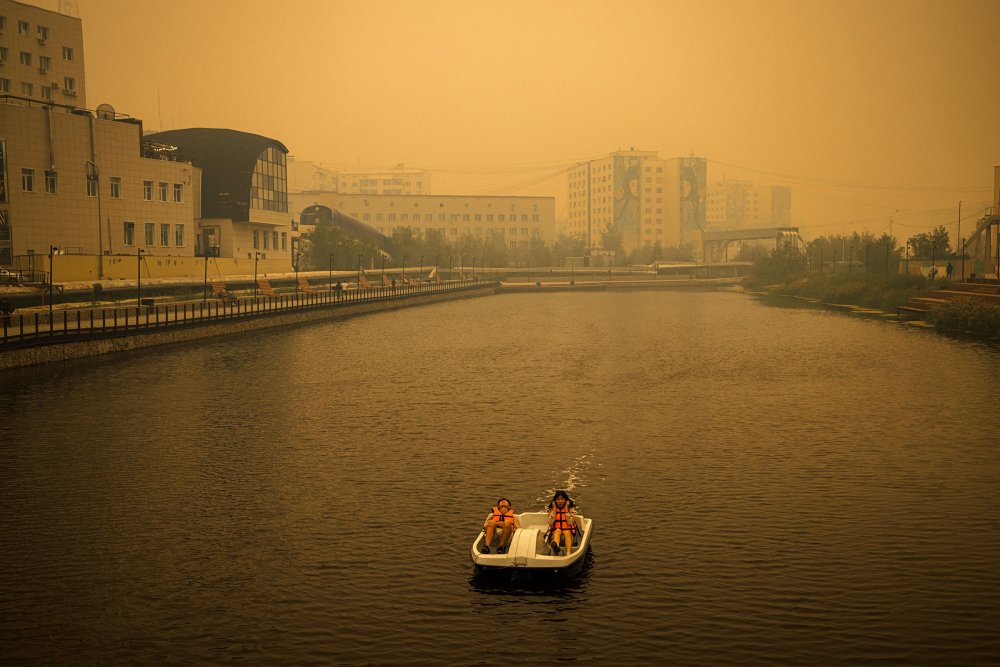 A couple rides a pedal boat as smoke from nearby forest fires hangs over the city of Yakutsk, in Sakha (Yakutia), Russia on July 27. Dimitar Dilkoff—AFP/Getty Images 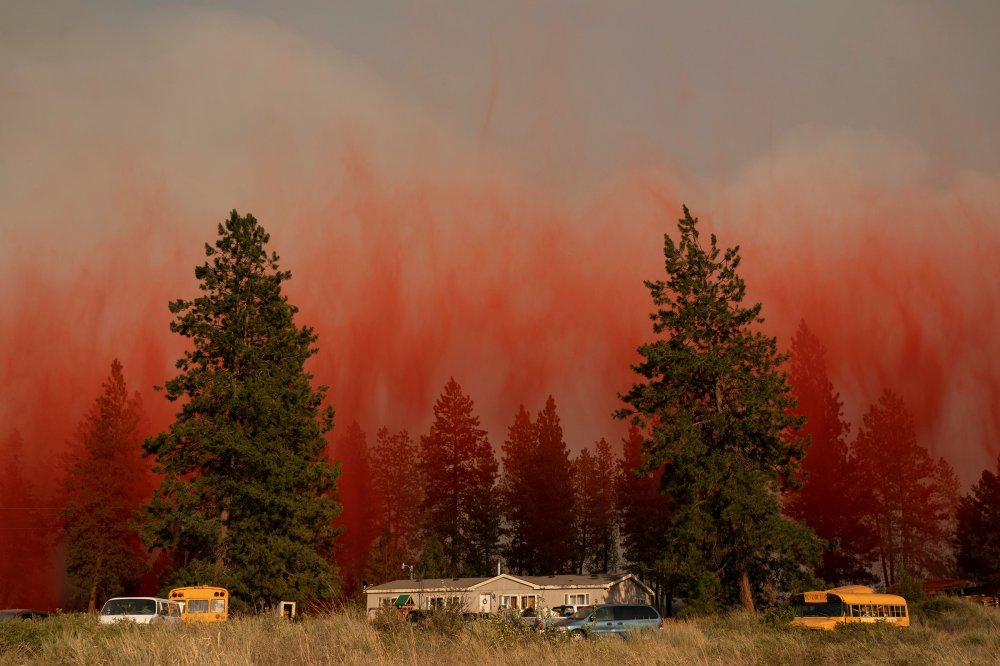 Fire retardant dropped from an airplane falls to the ground near the Chuweah Creek Fire as wildfires devastate Nespelem, Wash. on July 14. David Ryder—Reuters

In early July, the Canadian province of British Columbia became an icon for the extremes of destruction that wildfires can bring: the small town of Lytton briefly became one of the hottest places on earth, obliterating Canada’s heat records with temperatures topping 49.5° C (121.1° F). Then a fierce wildfire tore through town, destroying 90% of its buildings and leaving residents minutes to escape.

This month, southern Europe’s Mediterranean countries are sweltering under one of the worst heat waves to hit the region in decades. The temperature in one town in northern Greece reached 47.1°C (116.8°F) on Aug. 4, not far below Europe’s all-time record of 48°C (118.4°F). Fires in the south of the country hit residential areas on the outskirts of the capital, Athens, forcing people to flee into the city center as huge smoke plumes followed them.

In Turkey, the most severe fires on record have burned through more than 11,000 hectares of forest, killing eight people, most of them in the southern town of Manavgat. The devastation has led to anger at Turkey’s government, which has struggled to respond to the flames, admitting it has no working firefighting planes. 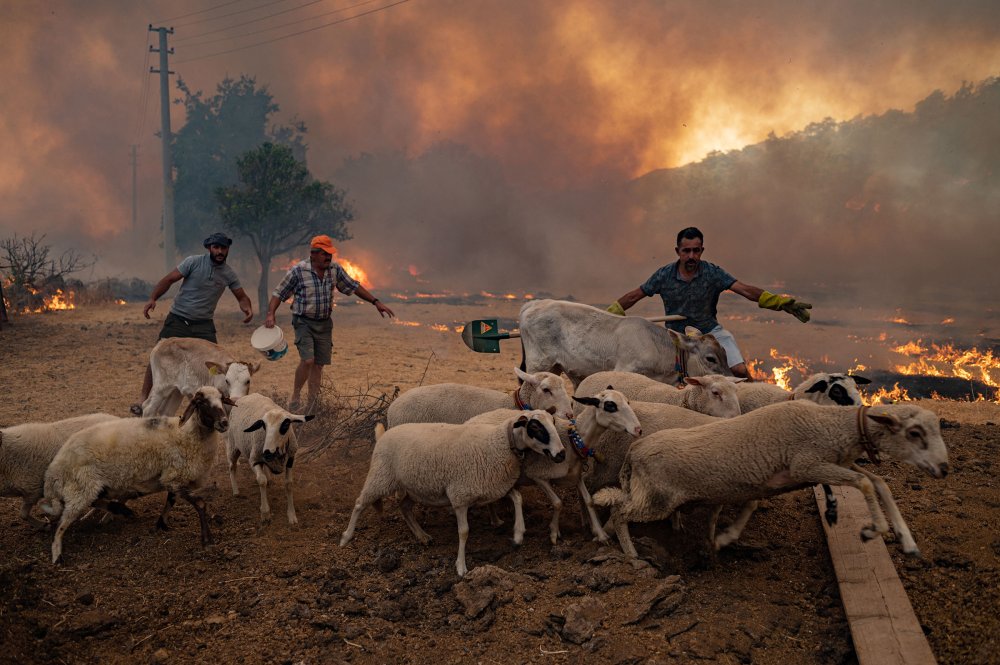 Men gather sheeps to take them away from an advancing fire in Mugla, Marmaris district, Turkey on Aug. 2. Yasin Akgul—AFP/Getty Images 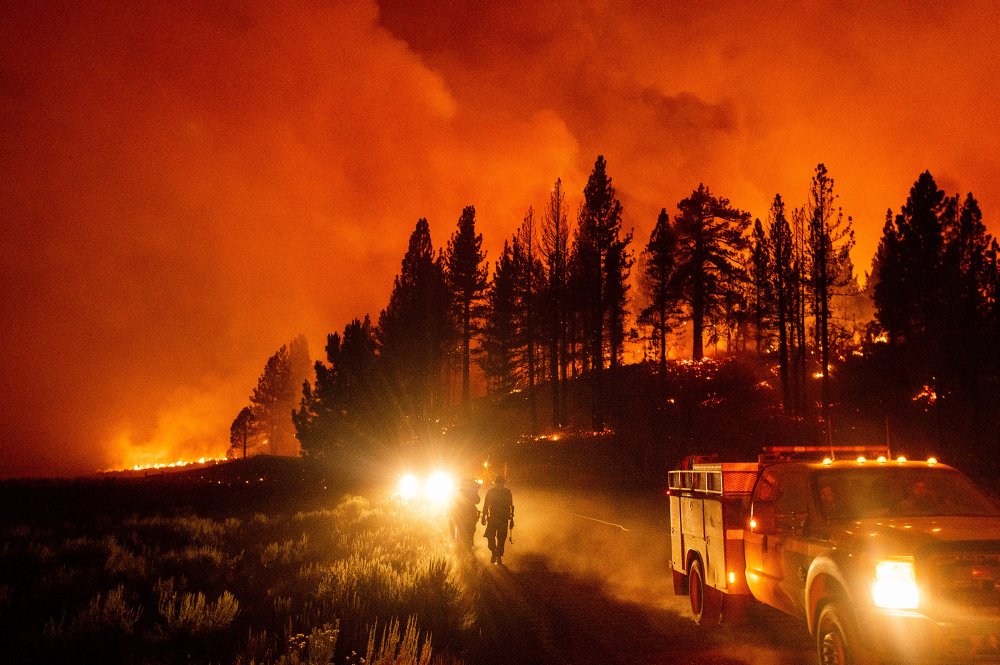 In Italy, where some 800 fires burned this week across multiple regions, tourist resorts on the eastern coastal town of Pescara rushed from a resort beach as a nearby wood went up in flames on Aug. 1.

Almost 2,000 miles north of the Mediterranean Sea, in northern Finland—where wildfires are rare—flames consumed 300 hectares of forest in the remote Kalajoki River basin in the last week of July, the worst wildfire recorded in the country since 1971.

Some of the world’s most worrying fires, in terms of managing climate change, have happened a few thousand of miles east of Finland, in eastern Russia’s Siberian Yakutia region. There, more than 4.2 million hectares have burned so far this year, and scientists fear they are destroying wetlands and causing layers of permafrost to melt—which could release large amounts of methane, a powerful greenhouse gas. On Aug. 4, the E.U.’s Copernicus Atmosphere Monitoring Service said fires in the area had unleashed 505 megatonnes of carbon dioxide equivalent into the atmosphere—already surpassing 2020’s record for emissions released in an entire fire season, 450 megatonnes.

All of this could put us at risk of falling into a devastating cycle: as the greenhouse gases released by fires like these—and by other human activities including the burning of fossil fuels—continue to drive up global temperatures over the coming years, conditions will likely become even more favorable for fires, which in turn could keep driving up temperatures. If we can manage to rapidly cut our emissions, set up programs to restore natural ecosystems and get much better at preventing and controlling wildfires, we could, possibly, put a stop to that cycle some day. But between now and then, there may be many more fire seasons like this. 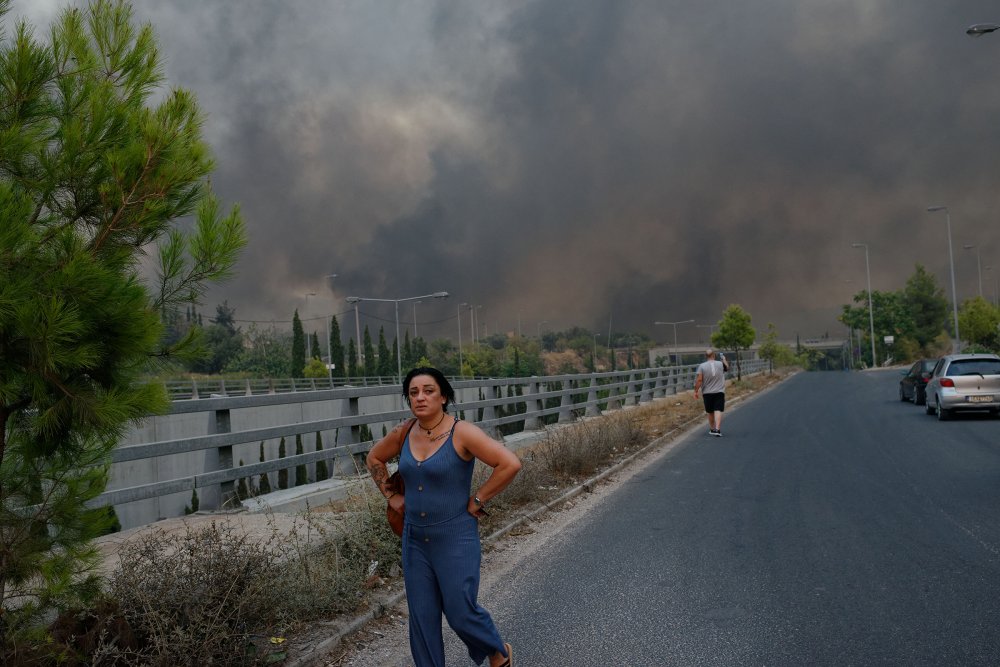 Forest fire rages in Varybobi, north of Athens, Greece on Aug. 3. Residential areas in Athens northern suburbs were evacuated as wildfires reached the outskirts of the city. Gerasimos Koilakos—NurPhoto/Getty Images 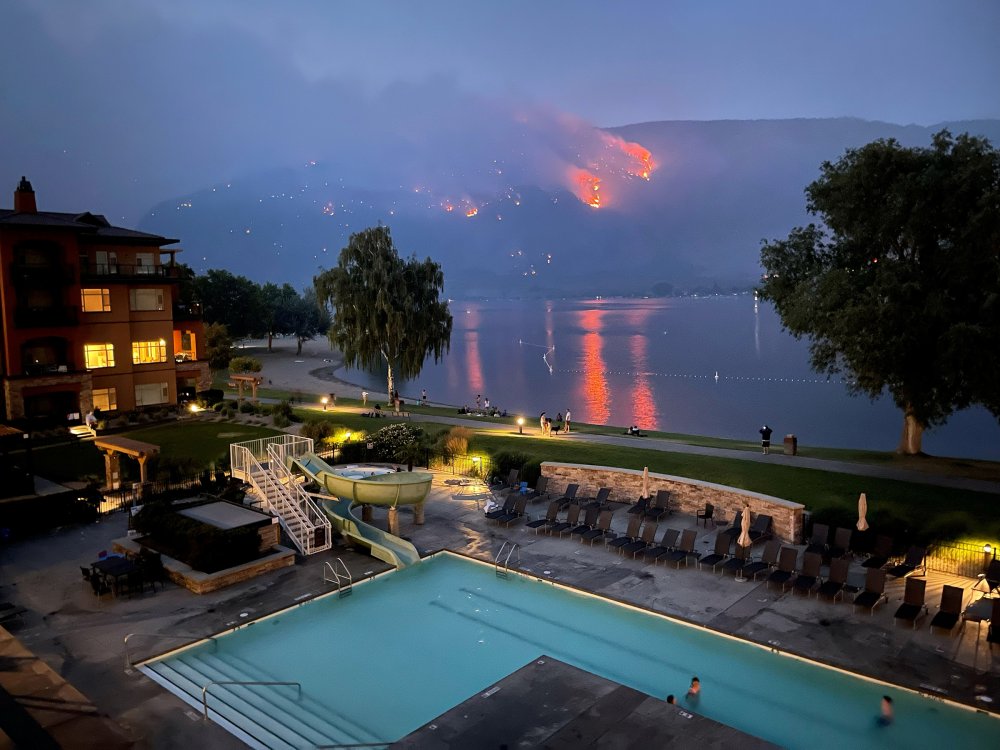 View of a beach resort as a wildfire burns on a hillside in Osoyoos, British Columbia, Canada, on July 20. Sara Mahony—Reuters 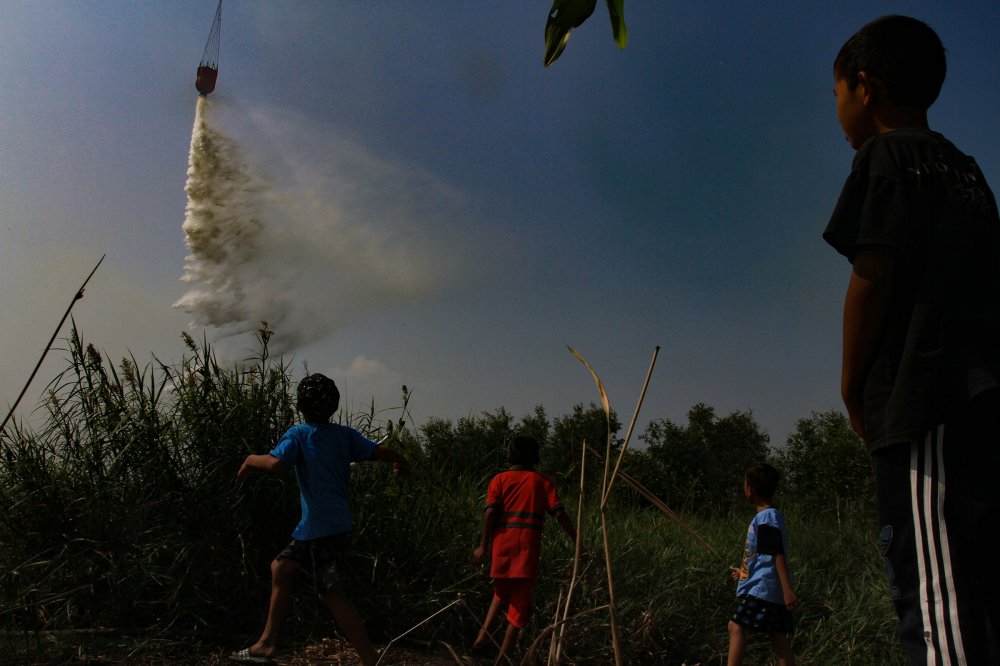 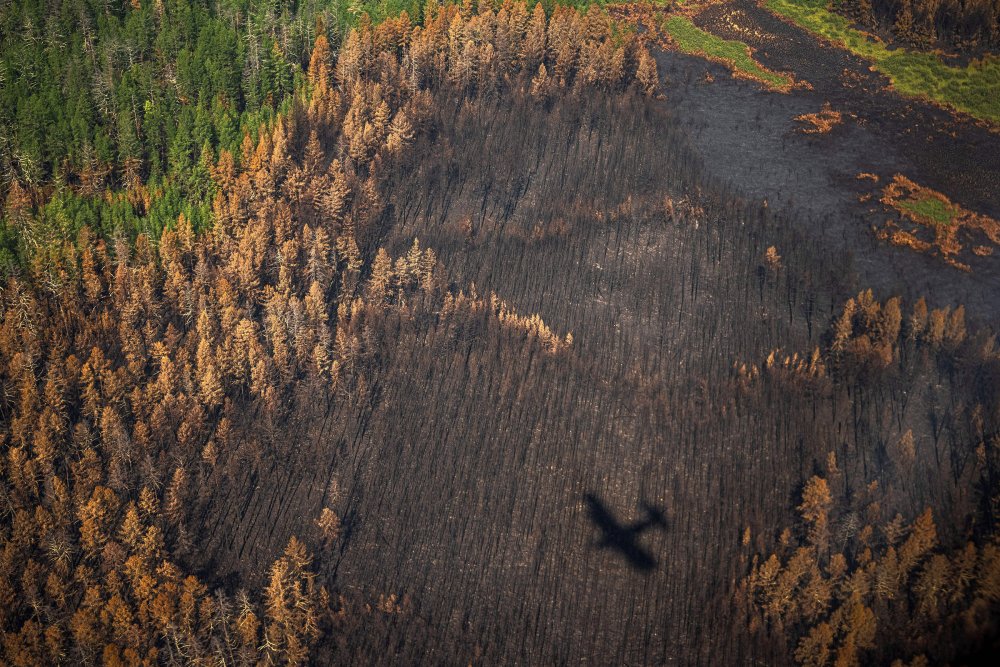 This aerial picture shows the shadow of an aircraft of the Air Forest Protection Service flying over a burned forest outside the village of Berdigestyakh, in the republic of Sakha (Yakutia) in Siberia, Russia on July 27. Dimitar Dilkoff—AFP/Getty Images 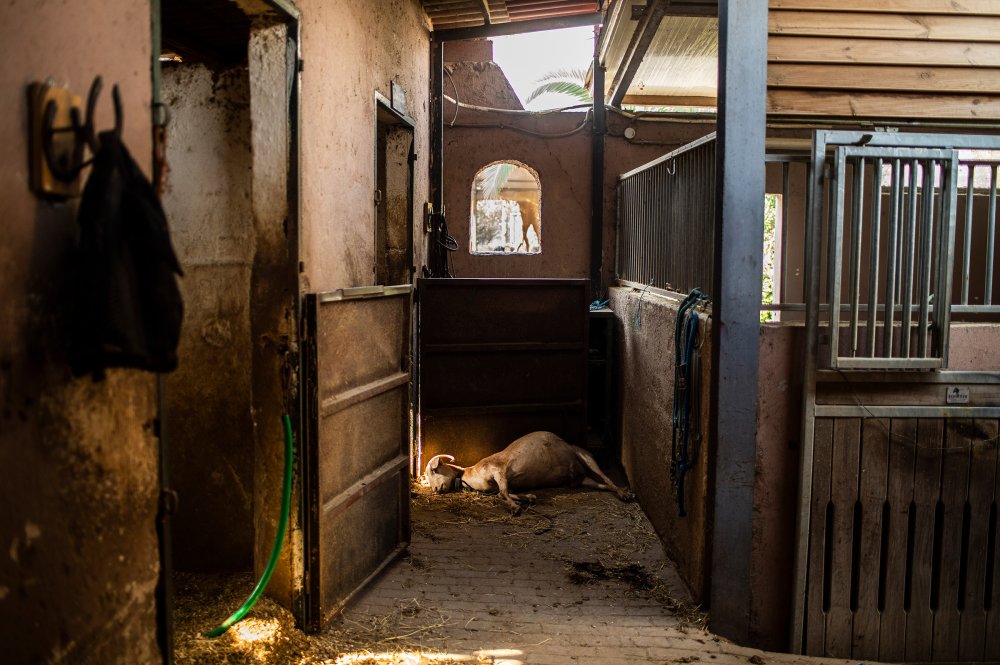 A dead goat lies on the ground in a burnt-out riding club after a forest fire in the Varibobi region of northern Athens, Greece on Aug. 4. Angelos Tzortzinis—DPA/picture alliance/Getty Images 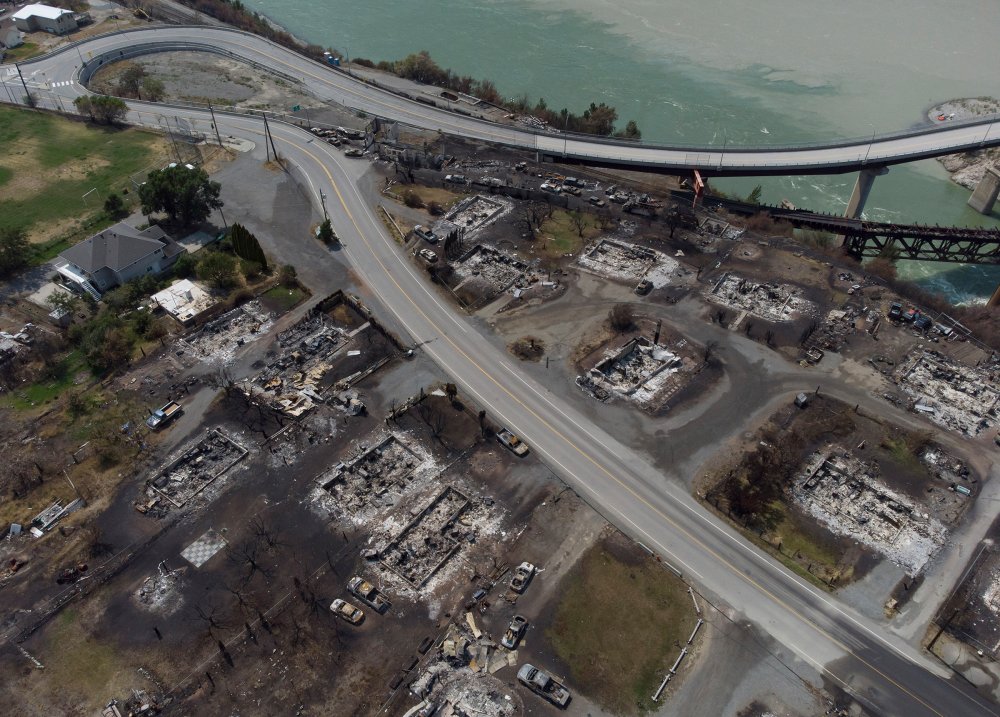 In this photo taken by a drone, damaged structures are seen in Lytton, British Columbia, Canada on July 9, after a wildfire destroyed most of the village on June 30. Darryl Dyck—The Canadian Press/AP 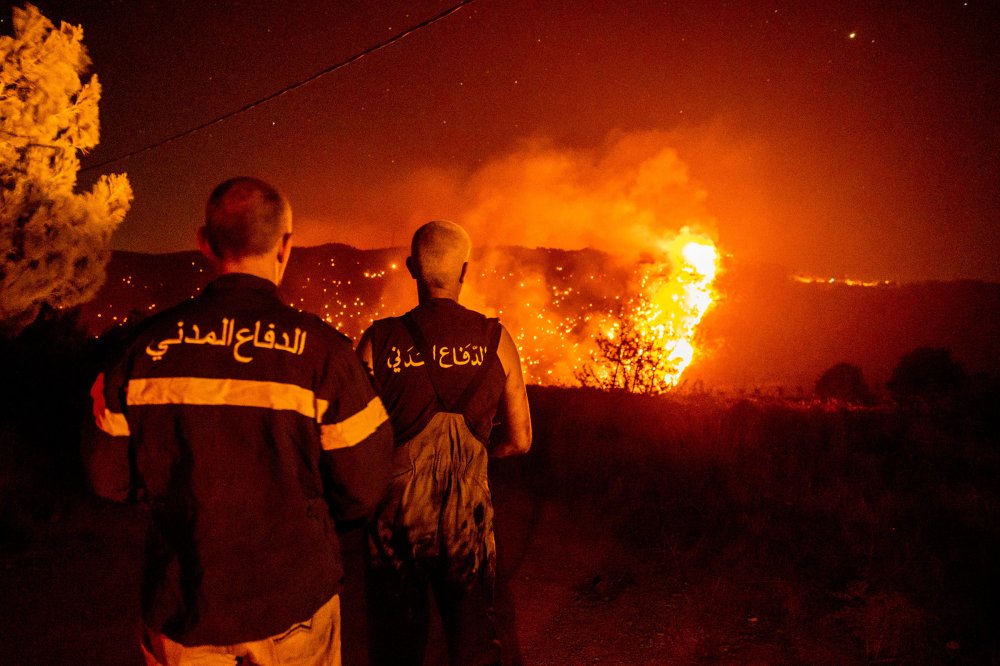 Civil Defense personnel monitor a wildfire burning through hills in Qobayat, Lebanon on July 28. A Lebanese teenager was killed as he joined volunteers battling to fight the fire. Ethan Swope—Getty Images 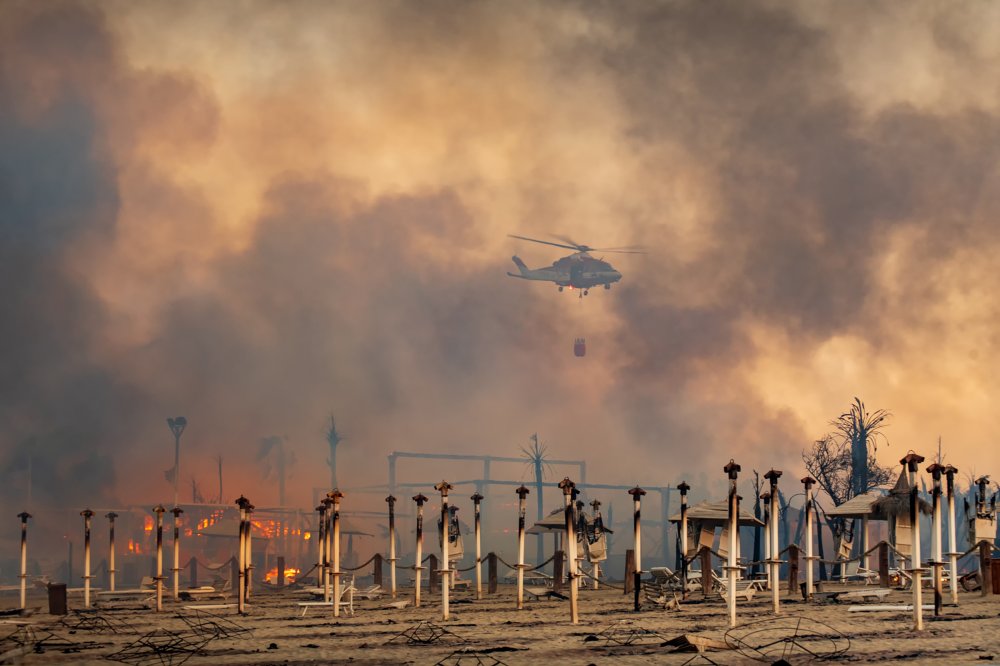 A helicopter flies above a fire at Le Capannine beach in Catania, Sicily, Italy on July 30. Roberto Viglianisi—Reuters
Tags: TIMEΠΛΑΝΗΤΗΣφωτιες

No Result
View All Result

Please enable Strictly Necessary Cookies first so that we can save your preferences!